This year we returned to The Greyhound, but having outgrown the small performing space inside we needed somewhere to perform outside.

A stage was built alongside the pub, with a second stage in the form of an acoustic tent and performances happening inside the pub too.

Alongside the music there was lots of fundraising from tattoos to head shaves and we were blessed with sunshine for the whole weekend too. 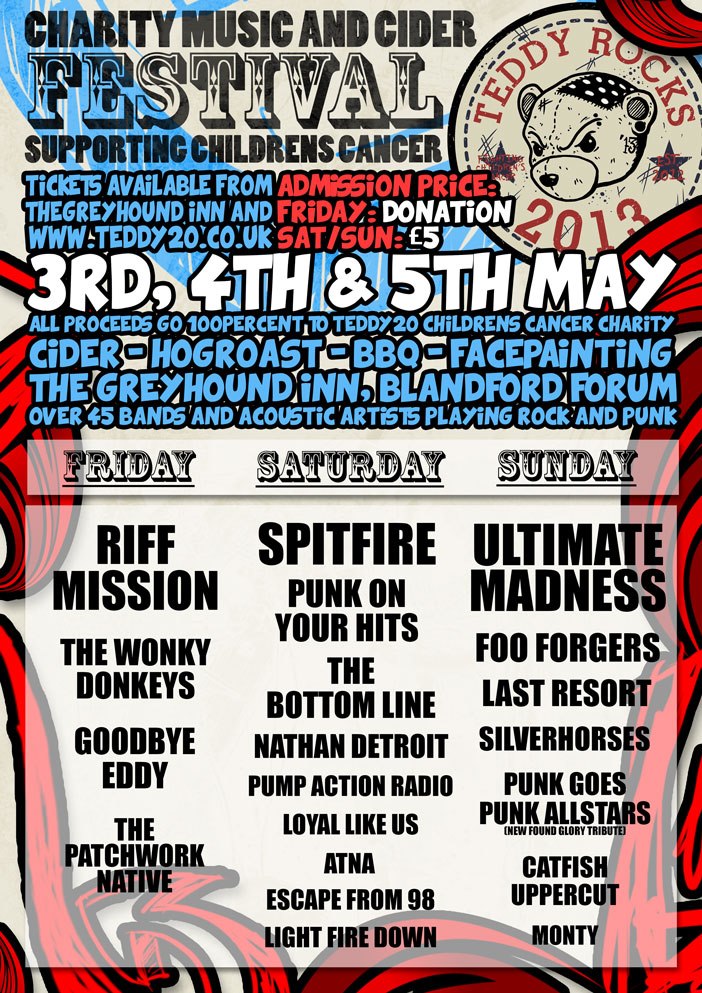